There’s been a sharp uptick in what I think is considered “fast-casual” pizza. For the most part, it’s places like Blaze or Snap, who will let you personalize a super thin crust pizza, run it through a conveyor oven, and you’re done.

Jules Thin Crust is more of a hybrid, where you can pick slices from maybe 20 long, thin crust options. They’ll run it through the same conveyor oven to reheat. 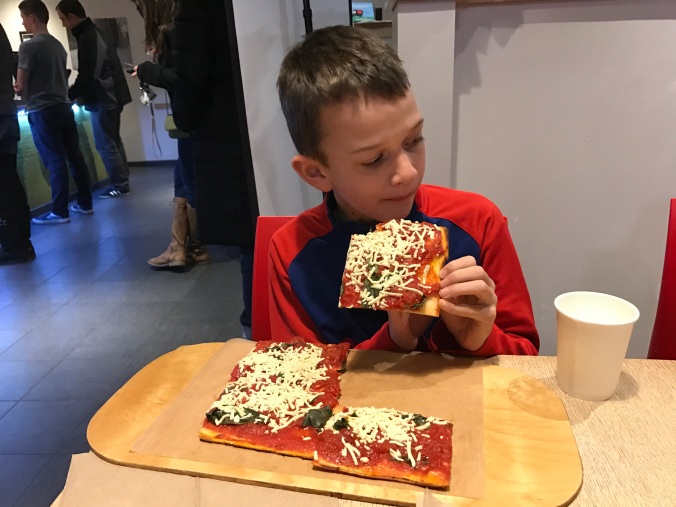 Jules also lets you put vegan cheese on their marinara pie, which works for Nachojawn Jr. 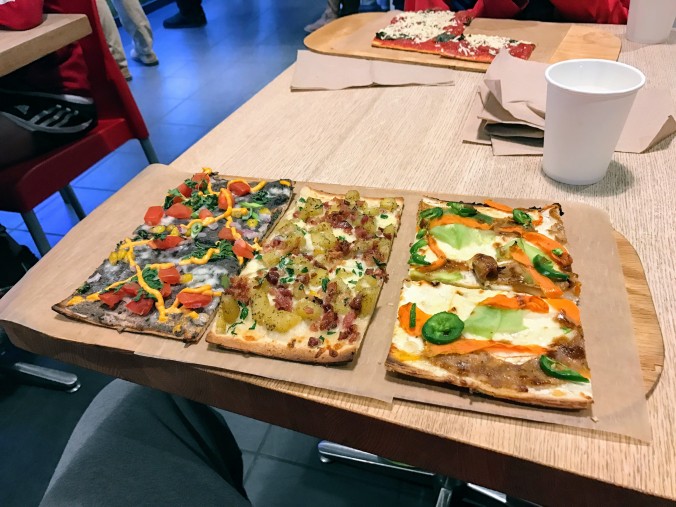 Not a bad option when you’re out in the suburbs before or after a game, although on occasion they’ll be wiped out, and you’ll end up having to either order a whole pie, or deal with the limited selection.