Right around the corner from new Nachojawn HQ, Royal Tavern has long had one of the better burgers in town. We finally hit up their nachos one night. How did they stack up?

Spoiler: Not that great. I might have had high hopes, but these just didn’t do it for me. Nothing stood out, my beer wasn’t that cold, and it was a bit of a bummer.

2.35/5 pickled jalapenos – eat these around the corner from Nachojawn HQ.

The fast casual pizza has taken off in the last couple of years. Nachojawn’s favorite is Snap, Mrs. Nachojawn likes Blaze, and out in Cherry Hill one day, we decided to hit up Mod. 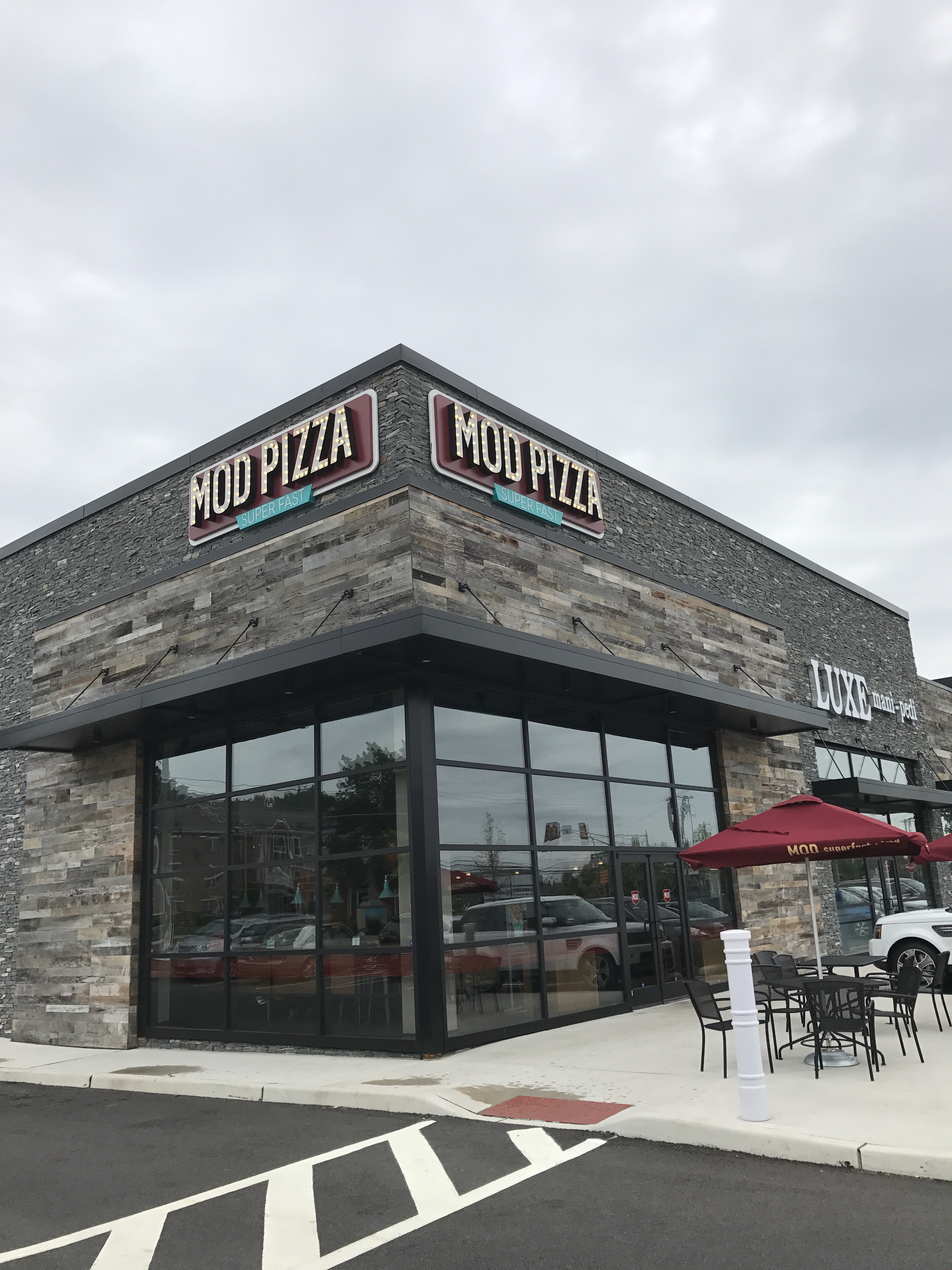 Here’s the garlic bread with some dipping sauces. I could eat this all day.

Nachojawn standard order is to put a bunch of meat on the pizza, and then spicy stuff. So, you’re probably looking at pepperoni, sausage, jalapenos and other hot peppers. It was good.

Also cool are globes. Nachojawn is a big globe fan.

There are two Mexican food trucks that regularly hang out on Washington Avenue, east of broad. Taco Loco sets up shop just outside Sacks Playground, around 6th and Washington. 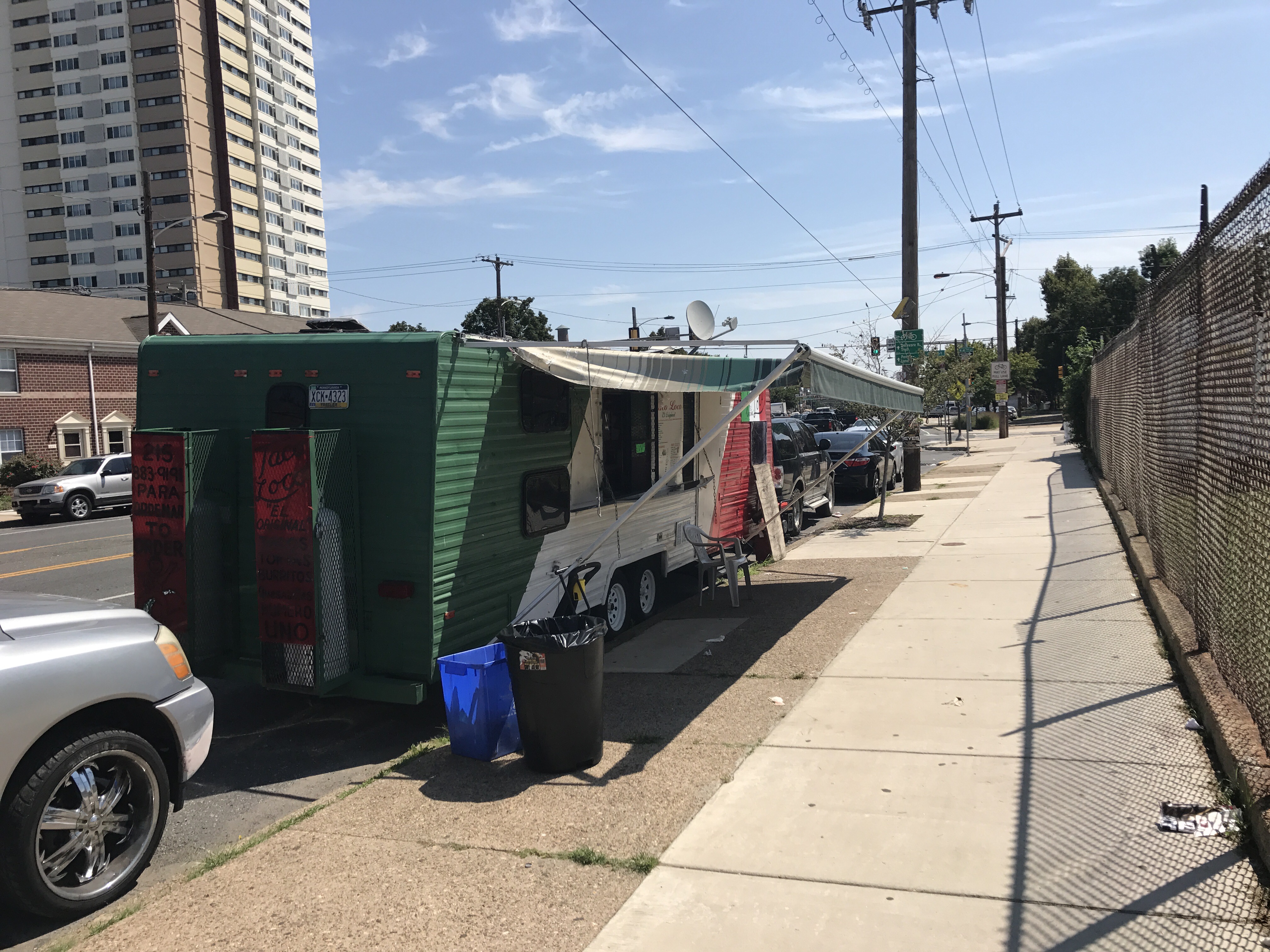 This is a good place to go if you don’t want to talk to the person you’re with – because you won’t be able to hear them over the sound of the generator. 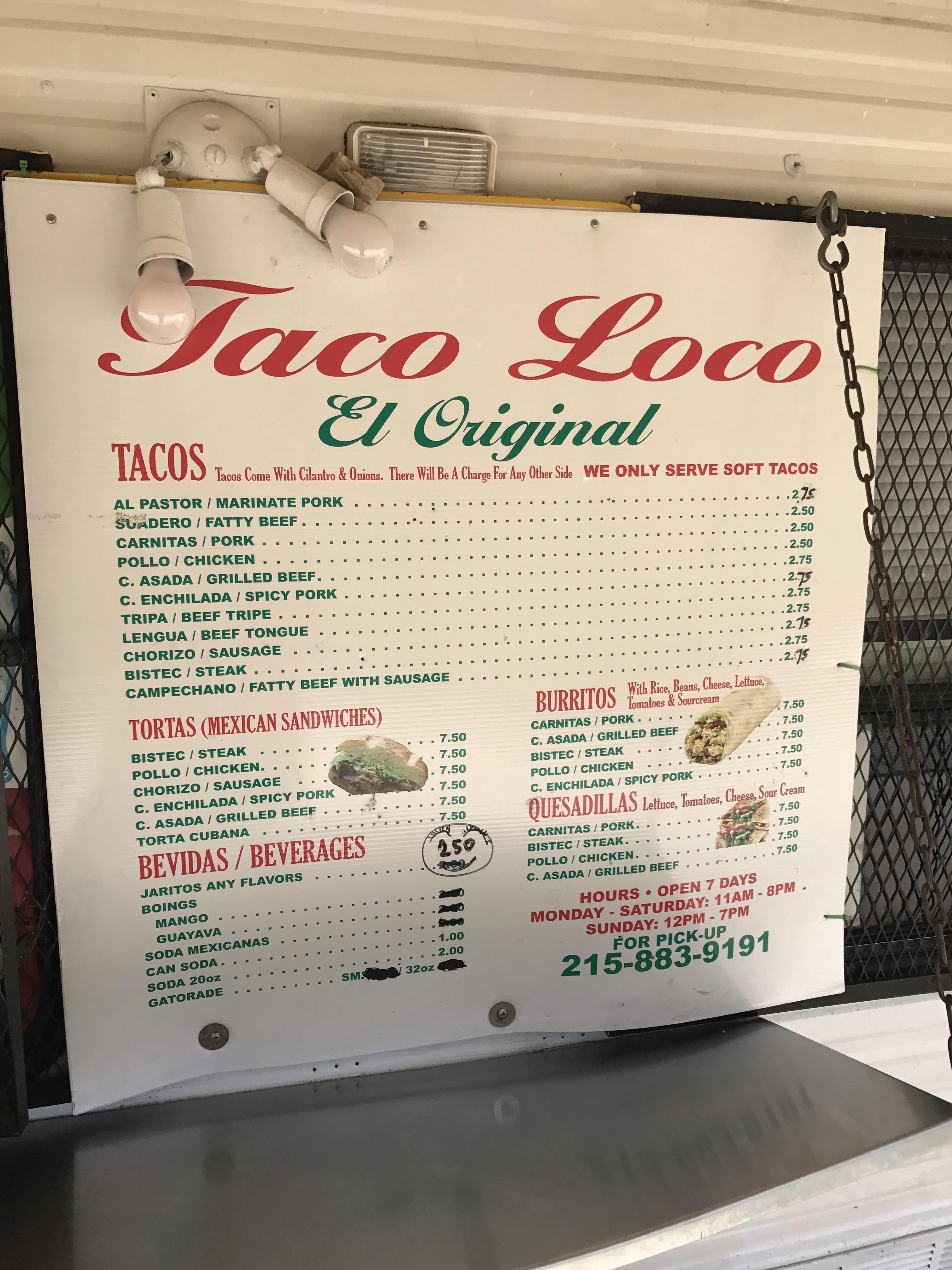 Philly’s beverage tax has hit the taco truck too. I ordered up a couple pastor tacos.

Two greasy thumbs up for these guys. Man, I love Mexican food.

Following Nachojawn Jr’s soccer tournament, I drove him and his buddy over to the closest Mexican with a decent review. It’s always dicey out in uncharted waters. How did we do? 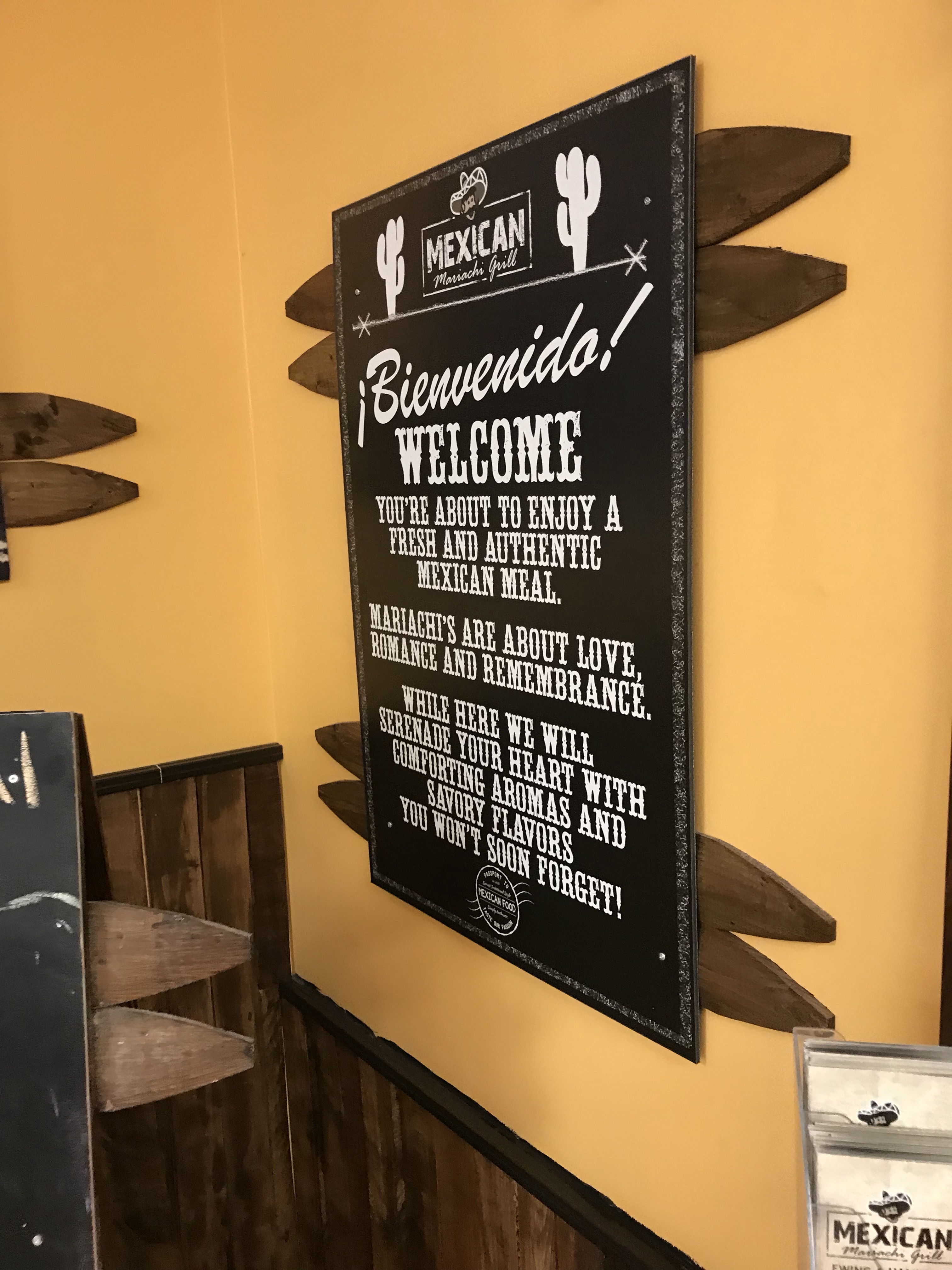 We pulled into the strip mall, next to a liquor store and a tattoo shop. So far, so good.

Strip mall dining at its finest.

I made good use of that liquor store two doors down. The place offered serve your own chips, along with salsa verde, a mild rojo, and “volcano salsa”. None of them were very hot, but the verde was good. 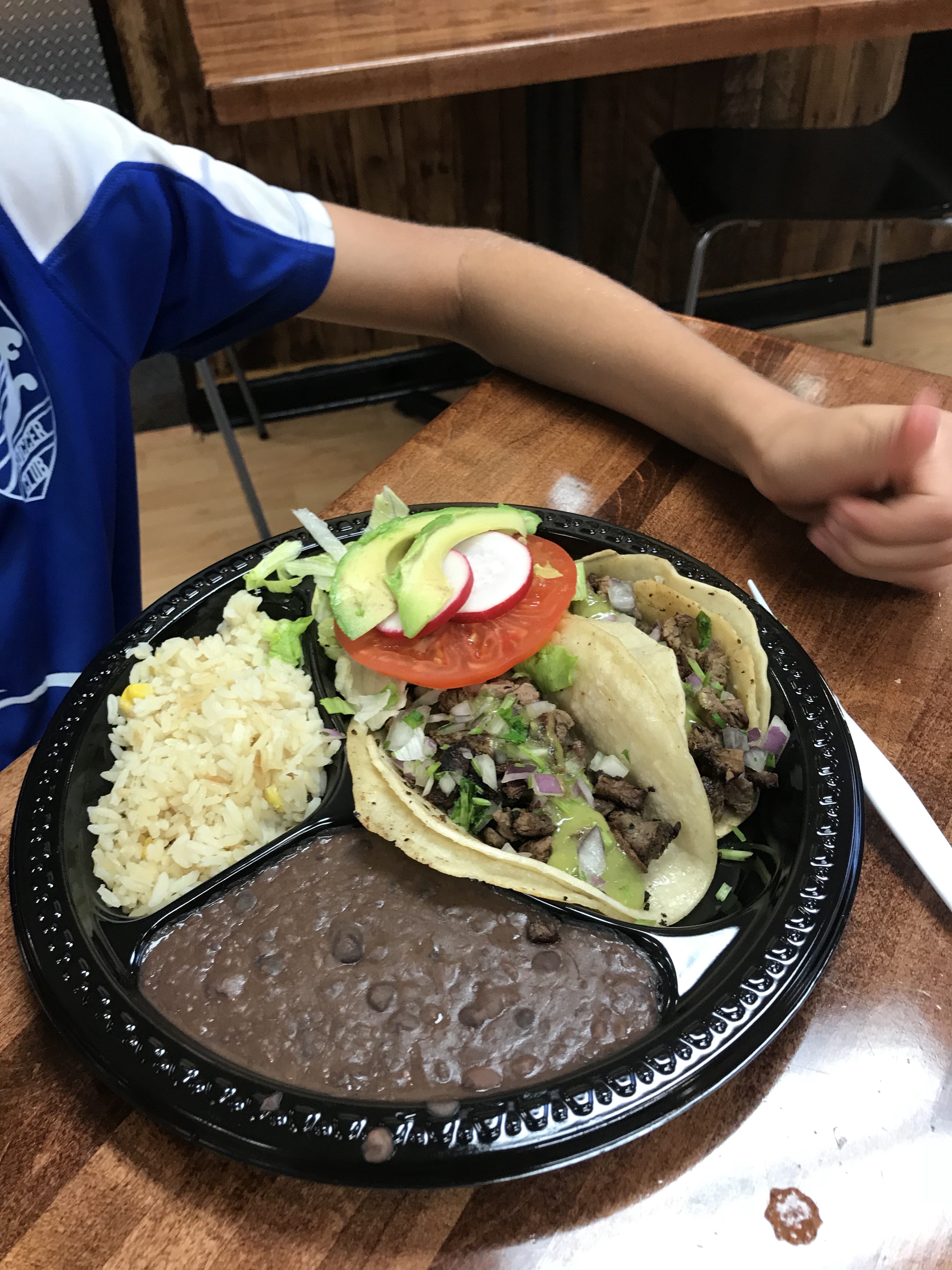 Nachojawn Jr. went with the steak tacos and gave them a thumbs up. Pretty solid plate of food.

Here are the fish tacos for Junior’s buddy on the Palumbo soccer team.

I ordered a lot of food for myself. I think there’s a chicken tostada under there. 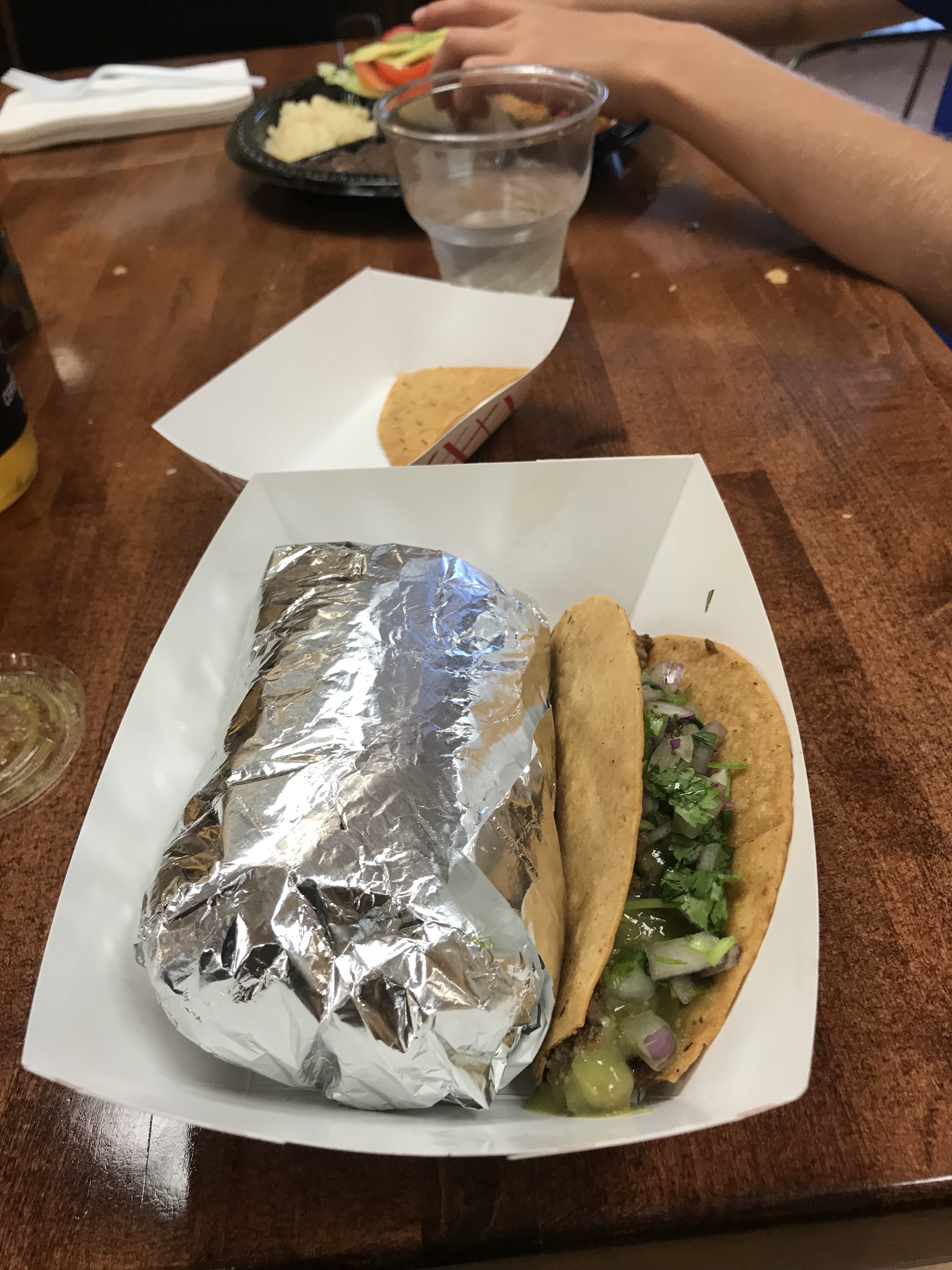 And here’s a pork burrito and hard shell taco. 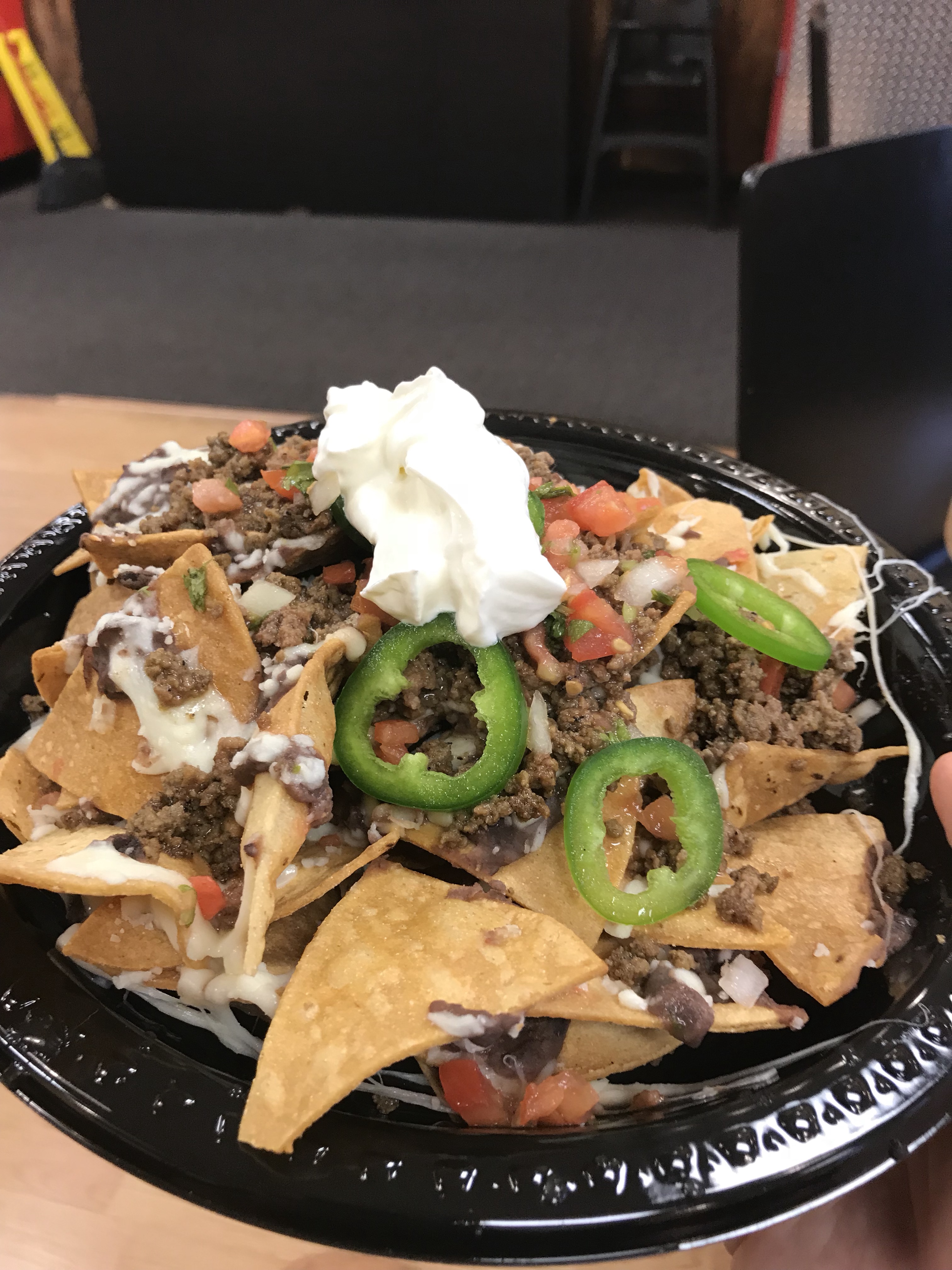 And of course, the nachos. Weakest part was actually the chips, but I’m a sucker for a well-seasoned ground beef. Everyone ate well after a couple of games at the Yardley Makefield Columbus Day tournament.

3.85/5 pickled jalapenos – eat these in the suburbs after you show those soft kids how South Philly soccer is played.