These nachos are the truth. 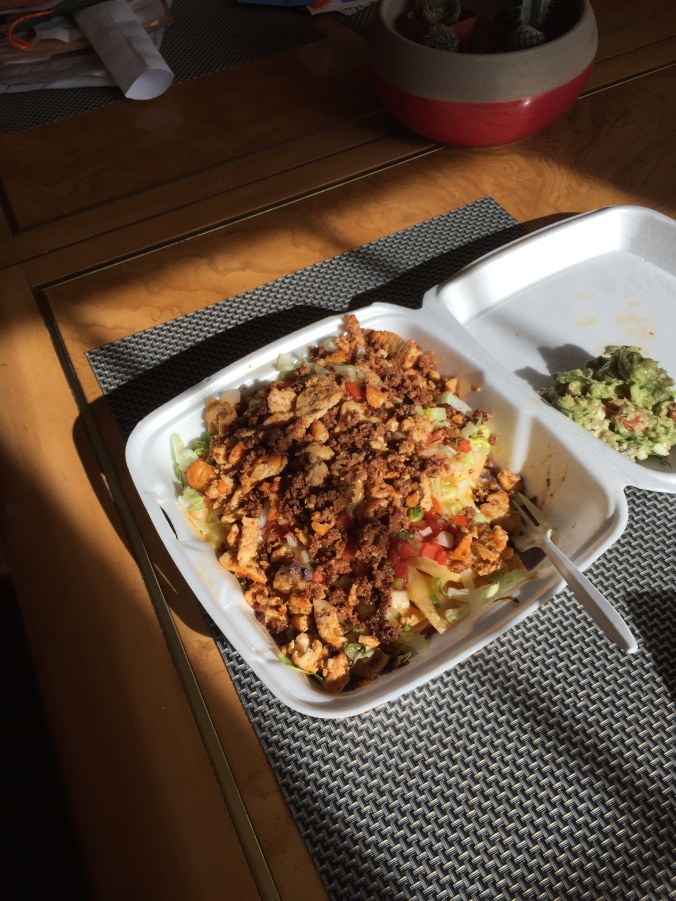 Quetzally’s Nachos Campechanos come with chorizo as a given. Then you pick the bonus meat. I picked chicken in the one above. Chorizo should come standard on more things. I’ll also save you the Googling and let you know that Campechanos means that it comes from the Mexican state of Campeche, which is right next to Cancun. What’s important is that they must have some dope nachos in Campeche. From what I gather, in practice it means that you put a shitload of different stuff on your nachos. Quetzally’s homemade chips hold up under the weight of this flavor mountain.

Jorge is killing it at Quetzally, located in what used to be Chopstix on the 1200 block of Fitzwater. I had my birthday party there, but you’re more interested in hearing about the nachos than my personal life.

Get some guacamole to throw on there too – he puts nopales in it which works.

4.7/5 pickled jalapeños. Eat these now. Or if it’s Monday, eat them Tuesday. Quetzally is closed on Mondays.